The N64 used to be the most popular system to portablize, we’d see a new N64p almost every week. Then as we pushed onto modern systems, the N64 saw less and less action. The N64 was basic enough to cut down, but was notoriously finicky when doing ambitious trims and would sometimes stop working for seemingly no reason. For a console that was portablized since the beginning of this hobby, it was the least well documented and we knew very little about its inner connections.

Modders have pondered for years if it were possible to do a PIF relocation since the motherboard is known for requiring specific trace impedances and doing a wire relocation might not be physically possible. I decided to give it a try to put the myth to rest. First I cut off the section of the board with the PIF on it. Then using the N64 rev9 motherboard compendium provided from my pal ShockSlayer, I traced out the connections and recreated everything with wires. 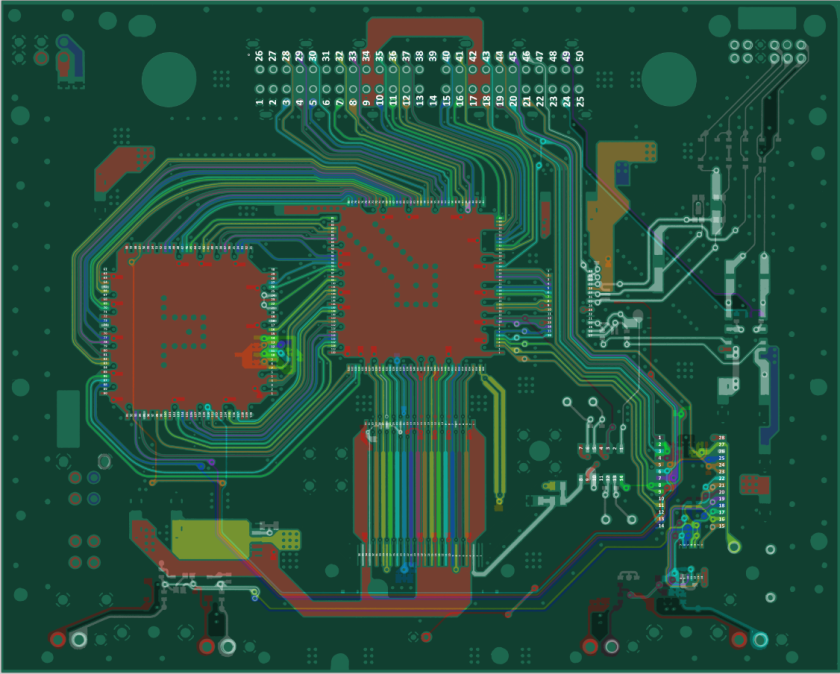 To my surprise, it actually worked!! By going through the motions, I learned a lot about the N64 too. From referencing the compendium as well as trial and error I determined the required components needed for relocation and the components that could be removed. For example, the 4 controller data line pull up resistors were all required for the console to boot along with several other pull-ups. I believe this was the reason that made the N64 so notorious to stop working, turns out we’d just been doing it wrong for years. Noah and I will be working on a modern N64 trimming guide to include the PIF relocation which we hope will be very straightforward and the only way you won’t be able to get it to work is if you short 3.3v->GND. No more guesswork and finicky uncertainty. 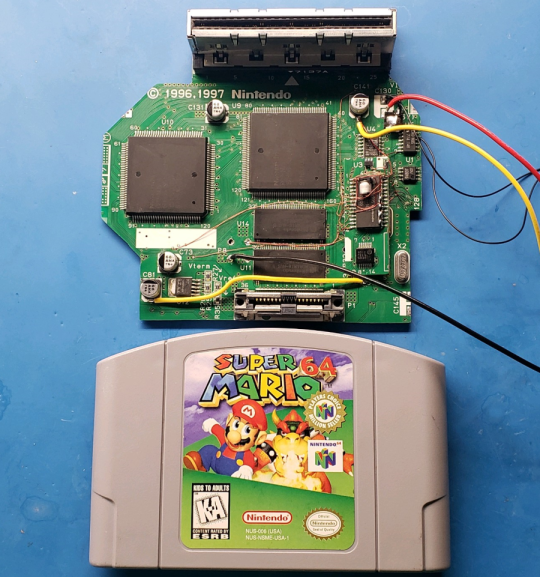 With the U-AMP, I’ve got digital audio working with the PS2, Wii, and Dreamcast. N64 will be the next to conquer. The N64 I2S is a little strange because the audio sampling frequency can be set arbitrarily by the game and it can even change mid game! Another obstacle is that the N64 doesn’t have an I2S master clock. Using an I2S DAC would be difficult because every time the sampling frequency changes, the audio config will need to be changed as well otherwise it won’t work. A dynamic solution is required. What I ended up rigging together was a U-AMP along with a PLL IC to generate the master clock signal referenced from the I2S word select. I chose a multiplication of 512 x WS which I calculate should give a minimum compatible sampling frequency of around 12K Hz, this should be plenty of headroom for the N64.

Fig 3. U-AMP with PLL IC spaghetti wired. This will allow me to remove the MAV-NUS (audio + video dac).

With these two major advancements, I’ve started a new N64 portable to showcase what is now possible. I always thought it would look great to make an N64P with an enclosed cartridge slot, rather than sticking far out like most.

Fig 4. My N64 portable concept design. I will share more information on it soon as progress is made.