Some would argue that the WiiBoy first began as far back as 2013 during my very first GameCube portable called the “DMG Cube”. Fitting a GameCube in a DMG housing was no easy walk in the park even without internal batteries. The DMG Cube was sold and has past through various owners over the years. Believe it or not, it’s still in excellent working condition after it popped up for sale on Ebay earlier this year.

Moving on, the WiiBoy is one of my oldest and on-going projects. Taking root in April 2016 for the BitBuilt Summer 2016 modding competition, the WiiBoy would be a Wii inside a DMG gameboy housing with batteries.

Rev1 was finished in about 3 months but I wasn’t entirely satisfied with it. Still time left in the competition, I began the WiiBoy rev2 taking into account what I learned from the first model to improve the heatsink and overall quality.

Rev2 was cleaner all around and after accomplishing the “LMAO” Wii trim, it had room for double the batteries of the first one. 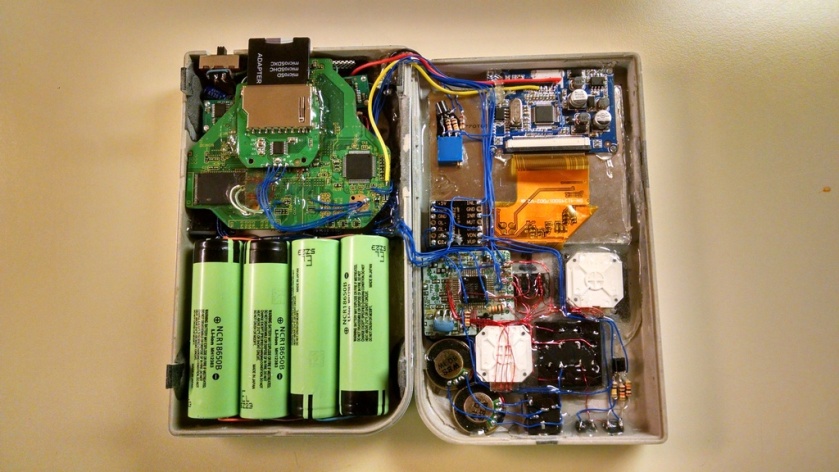 The WiiBoy rev2 was voted first place in the 2016 Summer competition, a time where custom pcbs were still nonexistent in the modding community. Oh the times have changed.

January 2018, In preparation for my MGC (Midwest Gaming Classic) display, I decided to make an appearance with a brand new WiiBoy rev3. This one was designed again from the ground up utilizing 3D printing and custom pcbs. My modding buddy Chris Downing was nice enough to lend me his fancy Form 2 SLA printer to attempt and achieve an OEM looking console. With only a few weeks left before the convention, I rushed out the pcbs and threw together a prototype WiiBoy rev3. It wasn’t perfect by any means but it definitely caught some eyes at MGC. 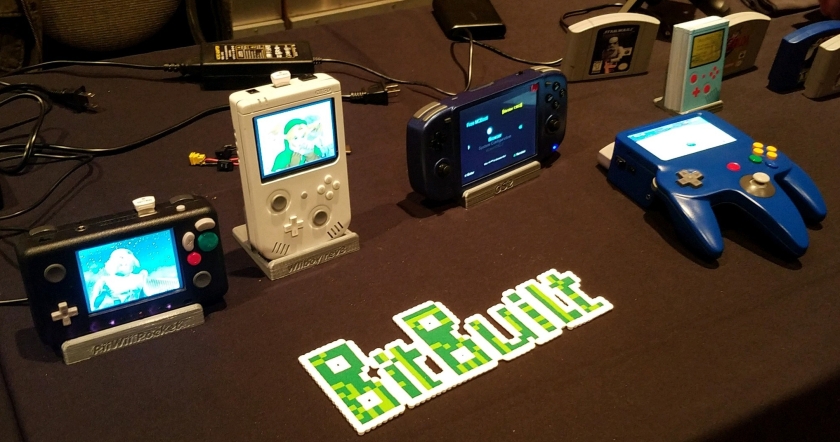 The WiiBoy rev3 at MGC alongside the PiiWii Pocket, GS2, and an N64 portable I have not yet unveiled for some reason.

MGC came and went and I could not get the amazing quality of the Form 2 out of my head so I purchased the new AnyCubic Photon resin printer. Boy I had no idea what I had gotten myself into. Turns out low power resin has awful warping qualities on large prints and after throwing money at various different resin brands, I failed at getting any passable case from the investment. The printer had failed the WiiBoy although it was still a great learning experience and I certainly don’t regret it.

The WiiBoy continuously challenges me and for that it holds a special place in my heart. There is no doubt it will be seen again, maybe even at MGC 2019…