The G-Wii is a Wii portable I’ve been doing on commission for quite some time. Even though I’ve been putting a lot of effort into custom PCBs lately, this one is assembled without any custom parts! It’s a relatively easy build so I have decided to release all the CAD files including complete SolidWorks assembly and STLs for 3D printing. A simple Wii portable foundation for beginners to get started is something that’s been needed for a long time so I hope to see more Wii portables being built. You can grab the files here

A little more about the process:

After modeling the case on the computer, I 3D printed it in PLA, applied bondo, and sanded it until it was as smooth as possible. I used several coats of primer to achieve this. 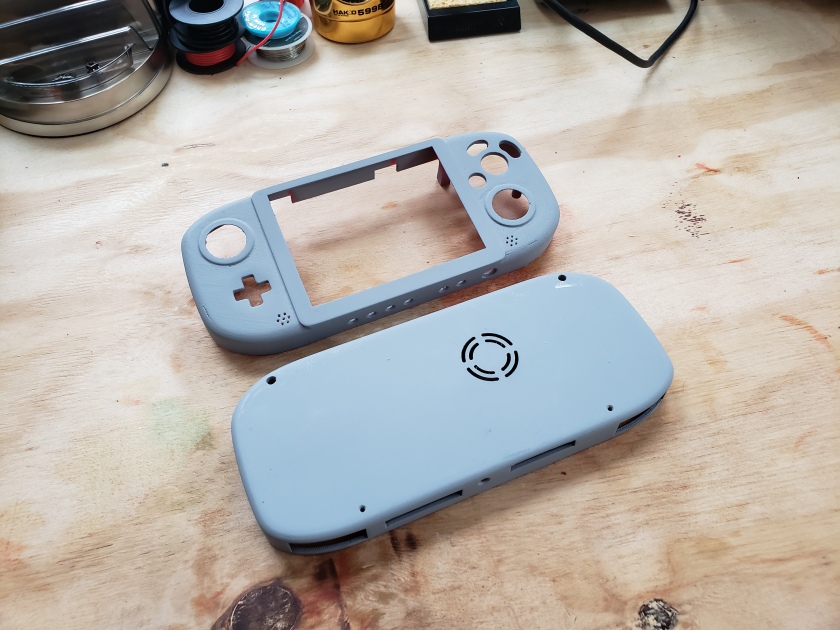 I had to relocate the MX chip in this build so that way I could use Nintendont compatible with the OEM GC memory card since the customer requested that feature. I am not generally a fan of using hot glue, however I used it just this once for temporarily holding down the USB port mount until it could be screwed in during the final assembly.

It’s all hand wired together which shows is still relevant in this age of custom PCBs. I used 4x 18650s to give about a 4 hour battery life. The VGA screen looks great with the VGA patches

To avoid more glue, I designed 3D printable mounts for all the parts I could and secured them using M2 screws.

Thanks for reading. I’ve got some big projects coming up and I hope to keep this up.

2 thoughts on “Another Wii portable completed”